Simone Weil once wrote:
“attention is the rarest and purest
form of generosity,” so making of trees
exemplars – always giving
shade and sap
breath and beauty
warmth and wood.

Posing like a tree
demands more of me
than I first imagine:
balance, humility, serenity
and finally, roots in You.

This beauty is so stark;
plying my mind with
sensual gestures.  Here
we find diamonds in the drift.
Yet, these marvels caressing my
eyes are but clusters of crystals of ice –
sharp and exact under a microscope
while soft and generous in the
play of the day’s rays of sun.

These drifts stand in opposition to a seemingly straight
line, that is but a throng of dots upon closer inspection.

Drift beside line: together a metaphor for life.

What seems straight is a crowd of clumps and
what curves is a collection of crystalline lines,

Things are not as they appear:

the grave now Your womb and
my kindness Your cross.

my mind drifts, following
my eyes, now on a
pothole, now on a
building bending from sky
to ground, now on
beauty whisking across
the street with poise and purpose,
now on a row of toilets and sinks
and pipes for plumbing lives.
But then I see a little finger
swaddled in a mother’s
hand. And I think on
You and my soul
floats up to a
place where
I know
Love.

Last night we were driving home from an afternoon spent on our boat Santa Maria. My wife had wondered, while we patiently and persistently scrubbed away some scum from this corner and that crook of the good ship, what we might call a vessel were we to acquire one nameless. This question was prodded, in part, by the plethora of strange names given boats in a marina.

People are trying to be variously funny, poetic, clever, sentimental et cetera (not a bad boat name itself, that last Latin common phrase) in this naming. Failures are many and magnificent, although “funny, poetic, and clever” may well be in the eye of the beholder. We quite like Santa Maria – an inherited name – although she was once differently called. We posed a few possibilities aloud, and scratched our heads at some names surrounding us.

The finger of the slip we are on in the harbour is in poor straits. Apparently, the marina was pounded by the remnants of hurricane “Barry” this week, although I am unsure whether this particular pounding was from Barry or another storm. Naming hurricanes, too, seems a bit fraught. Once upon a time these were all called by women’s names, as I recall. Now storms are differently gendered once they reach the requisite speed of 120 km/hr for a full minute.

There had been reports of yet another storm coming our way, and so we made our way home in the early evening, and drove through that very storm. It was a thing of rare beauty and looked utterly different than the storm we saw when I saw it through the eyes of different cameras at various angles on the news that night. But in each photo, it was stark and poised, about to pounce.

As we drove from the edge to the eye of the storm on our way to Kitchener, once called Berlin (a topic for another blog) to 185 Sheldon St. I know that here and there, in the world, houses and farms are named. Ours are numbered, as have been people, with the Holocaust and the Residential School Systems being notorious examples.

Santa Maria has a number as well, nicely stenciled on the fore of her hull. But I don’t remember it, while I never even have to grasp after “Santa Maria” in my current mental capacity. I like names more than numbers, and wonder too, what we might call a boat without a name. I suspect we will never face this problem since new boats are out of our price range, even while we could very well be facing the prospect of renaming a boat one day. “Barry” and “185” are unlikely candidates, and I suspect “et cetera” would finally not pass muster. But for now this is not my worry. A wise man once said that each day has troubles sufficing for itself (Matthew 6:34), and on this day called “Sunday,” I’ll think a little on him and ponder the power of storms, the curve of a hull, and the mystery of names, now chosen, now found and sometimes arriving without much ado.

You are differently beautiful here,
in this land of hills, folding over
the other, draping pleat
over knee, over there.

Here You speak in
tongues between the
crow-like beeps of
horns incessant. Here
here You gird Your
loins with hospitality.

You meet me here
in inquiring eyes, eyes
that soften mine. I hear You
call my name in laughter as Your
daughters – strong and nimble –
colourfully and gracefully slide
past muscled motored men, like so
much water navigating rocks,
softening edges
and finding a
way.

Last week at curling I had a most interesting interchange with a fellow in the locker room. He mentioned in passing that the lock on his locker was one he had in high school. He is a bit younger than me, but not so very much, and so I knew that his combination lock is about the same age as my eldest adult daughter. “You must have that number burned in your brain,” I commented, and he replied “Actually, I have no idea what three numbers open up this lock. My fingers just make the motions needed.” He said he would need to watch his fingers do the motions to find out what the numbers are. But I suspect that this wouldn’t work, because when I think about a repetitive task, I find that thinking about it gets in the way of doing it. He would probably have to have someone look over his shoulder while his fingers opened the combination. Every now and then I have a similar kind of experience when working with a bolt, or such, in a tight spot where I cannot see. It is almost as if I have to stop thinking, or think about something else while my hands go to work. It seems that our fingers sometimes know things that our heads do not.

There are philosophers who have noted that one of the conditions of the peculiar kind of thought that comes with being human has been a snuffing out our instinctual capacities. We have lost what other species retain: an ability to intuit when storms come, where danger lay, etc. Of course, these capacities are not entirely lost, and may be more lost for some people than others, for some eras more than others, etc. Some would argue that the age of enlightenment that ushered in the modern era, with scientific developments and the prizing of reason over faith, has caused an estrangement with flesh. Some might say that the enlightenment has cost us our body: we are no longer so comfortable or familiar with the skin we are in. That is probably overstating the matter. It is, I suspect, a question of degree. Our bodies are not stupid, we just have forgotten how to listen to them, or don’t take the time needed to do so.

There are, I suspect, ways to learn anew from our bodies. Spending time with children, with animals, and with trees, for instance, might help, or perhaps rolling dirt between our fingers as we bring it to our nose and smell again the whence of our existence. Spending time in quiet most certainly sharpens our hearing. Exercise can’t be bad. But above all, we need to learn to love our bodies. So many voices command us to despise our bodies. The religions get a bad rap for this, but there are resources in religions for reclaiming the body. It is important to note, for example, that in Christianity one of the favoured metaphors for the church is the body of Christ. If bodies were bad, this would not be the case. Other religions have other ways to affirm the body even while all religions have problematic practices. But I suspect that most of us will find that religion is not our biggest problem in making peace with our bodies. We need to turn away from advertisements. We need to refuse narratives that standardize what a good body is, and so the try to sell us products purported to make us in the image of the model we aren’t. Clever marketers tell us that beauty and worth have to manufactured and purchased. But as we look at the natural world around us, complete with the marvel of birth and the mystery of death, we are reminded that worth and beauty are created, not manufactured, and the fingertips of the creator are imprinted on us, on our body. And so, we can come to accept the body we have so that we can be the body we are.

Falls ebbs away in
this turning season. The
leaves no longer sing, now
aching to be
earth.

This gathering at
forest floor of raw
dying is primal, the
smell is sui generis, an
olfactory echo of the
odor of earth and birth
both, replete with
whiffs of bird’s
song and
the aroma
of being green: shot
through with chlorophyll, racing to leaf’s skin

And now this once verdant
blush lies at the feet of this
sylvan source
of life
of death
and everything
in between.

To everything there is a season…

This cloud is a
masterpiece. Wisps
of white stroking a blue
canvas, evoking

breath of mother on child’s cheek

slip of fish with current.

So gentle these clouds
that slowly grow
with time and travel until
one day they weep into life
or perhaps rage in violence.

From my vantage point
at tiller, I cannot but
stop breathing – for a time – as
this beauty evaporates
me. Now ascending into
this scene I become
what I see:

Your breath on my cheek

a silver streak in living water.

Now, You
vex me with
Your constancy,
Your reliability.
I want to make
You in my image:
weak,
unsure,
a shadow playing
at being the sun.
But You show
weakness
and are strength.
You show
vulnerability
and are sure.

And then You show
beauty and that
is what You
are.

Such a peculiar beauty – winter, a
crystal white world wedding
the dream of sleep and
soft light affording
luxurious insight.
Winter’s wisdom is
generous. It sees
beyond fault – sharp
edges softened by snow;
hard surfaces now
dancing under the
play of sun’s illumining rays –
now from this angle
now from that.
This season of sleep is a
time of grace; of being
acutely awake to
other worlds. 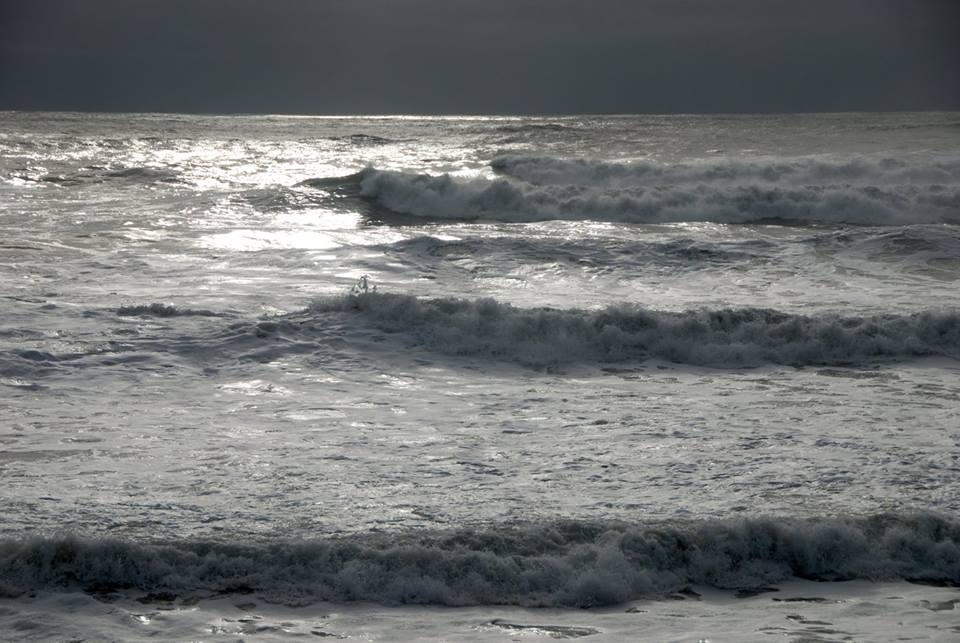